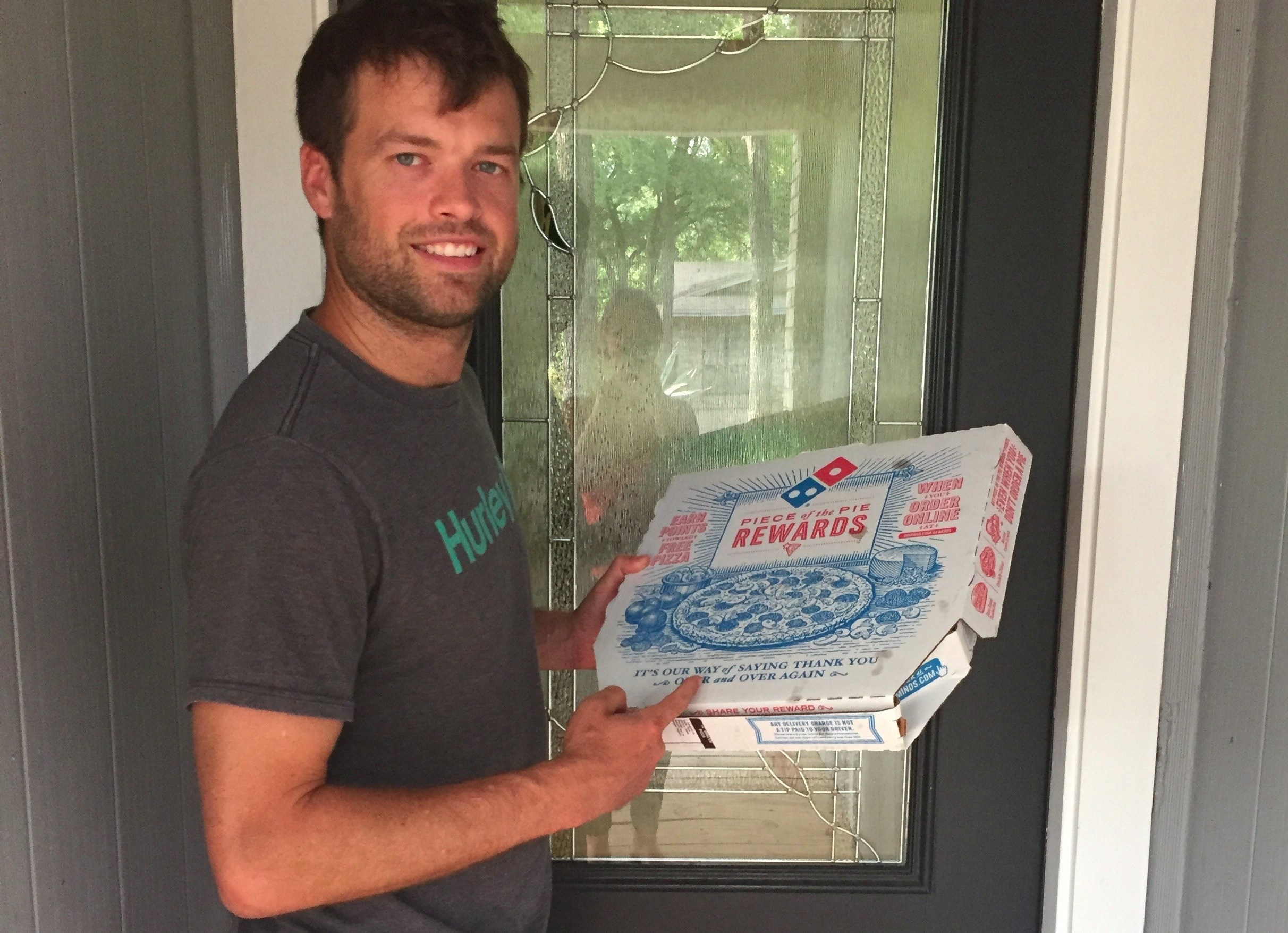 In this post, you’ll learn how to order low carb at Domino’s, fast and easy. It’s useful if you’ve been forced to eat there due to a social obligation, or if Domino’s is your go-to pizza place.

I’m on a mission to order low carb at the top 30 fast food chains in the US. For each fast food restaurant I’m evaluating:

My most recent stop was at Domino’s which leases a tiny corner space in an unwelcoming strip mall two miles from my house. I guess pizza don’t care where it’s baked.

I rate Domino’s as low carb unfriendly because the low carb options are limited, somewhat frustrating, and relatively expensive.

Despite the uptick in low carb eating, it’s still hard to find low carb pizza at restaurants with Fathead crusts or cauliflower crusts and fast food chains like Domino’s are no different. If you’re stuck ordering from a pizza place due to work or social obligation, I give a slight edge to Domino’s versus Pizza Hut’s low carb pizza options, as Domino’s pizza is more affordable and has better wings.

My first entree was an 8-count of Baked Plain Wings with a side of Kicker Hot Sauce.

The wings are lightly breaded then baked and served in a foil and cardboard assembly that does a respectable job of keeping the wings hot and crisp. The Plain Wings were very good by themselves and even more delicious when dipped in the Kicker Sauce.

From a taste and smell perspective, I give the low carb Domino’s wings a large edge over the low carb Pizza Hut wings.

I should point out that from a low carb perspective, the Domino’s wings are a risky order, yielding about 400 calories for 14 net carbs. I’d only get them at times when you have plenty of carbs left to ration.

My second Domino’s entree was a Large Brooklyn Crust Pizza where I scooped the toppings off and ate them. I tried ordering crustless pizza but the cashier didn’t really understand what I was asking for. He kept steering to me their thin crust options because they have the least amount of crust.

The toppings were good, but cost $9.24 with a coupon and rely on a hefty clump of cheese to fill you up. You  have to be disciplined to not eat the crust and ideologically extreme enough to throw the crust away because you know it’s not good for anyone. That’s me :).

If you eat half the toppings off the pizza I ordered, you’d get about 800 calories and 10-12 net carbs.

My Pry and Peel method to make any pizza low carb

If you want your pizza toppings to “look like a pizza” (sort of) this is the method I use. It’s not the most sexy but it gets the job done in a pinch.

Order a Large Hand Tossed Pizza with Garlic Parm White Sauce, Sausage, Pepperoni, & Olives and get busy scraping the toppings into a bowl.

You’re getting a white sauce pizza because the white sauce has the fewest carbs and most calories. Similarly, the sausage, pepperoni, and olives are low carb and high calorie.

The toppings from this pizza will give you about 2,000 calories and 20 net carbs to play with.

The Plain Chicken Wings are 7 net carbs for every 4 pieces. You can get them on days where you have plenty of carbs left to ration.

For pizza toppings, you want to stick to ordering the Garlic Parm White Sauce instead of the traditional red pizza sauces because the white sauce has fewer carbs and higher calories.

In terms of the other toppings, pretty much all are fair game except for pineapple. I do recommend getting high calorie meats such as sausage, bacon, or pepperoni to make sure the toppings are filling since you’ll be spending a fair amount of money on the pizza and don’t want to eat it all and still be hungry.

They have two low carbs salads on the menu, the Garden Salad and the Chicken Caesar. Both are sucker plays at $6.49 for only 120 calories and 2 net carbs.

Domino’s thankfully doesn’t serve breakfast which saved me a trip and validates my premise that the most successful fast food chains focus on things they do best.

My menu has only the 60 or so items that are low carb friendly whereas the official Domino’s menu PDF lists 600+ items.

It’s a good to review my low carb Domino’s menu before calling them. I’ve found that having a plan helps prevent ordering anxiety and keeps me from getting suckered into special offers.

You can’t eat the Domino’s doughs, crusts, breadsticks, cheesy breads, sandwiches, pastas, or specialty chicken thingies (look like over-sized chicken bites), All have too many carbs.

Here is a list of the trickiest items to avoid:

My next low carb / keto ordering guide will be for Wendy’s. She is Dave’s daughter and purveyor of many late night meals in my past. If you’re feeling hungry, jump to my jack in the box low carb guide.

To get my Wendy’s low carb ordering guide via email, sign up here:

Enter your email above and I’ll send you one low carb guide per week for all 30 top fast food chains in the US.

You’ll get some simple low carb recipes and other tips from me for all the times you’re not eating in a fast food joint.

2 thoughts on “How to Order Low Carb at Domino’s” 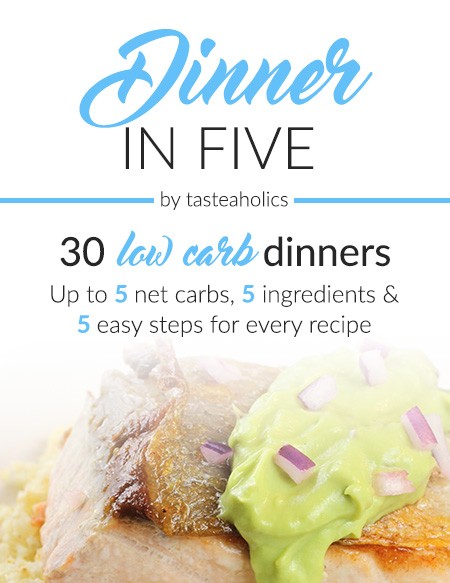 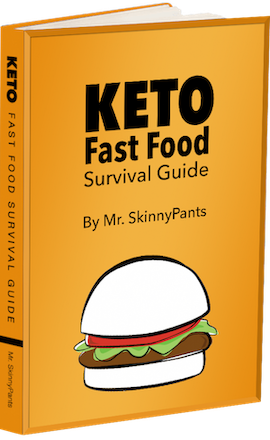